For previous episodes in this series, please see:

To say that the accusations against Ion Iliescu by the military prosecutors are ridiculous and beyond unfair is an understatement.  Iliescu has many actions to answer for, both before and after December 1989, but that does not make him automatically guilty for what happened in December 1989.  Accusing somebody of something they did not do and are not guilty of is not justice.

Below the accusations of the military prosecutors and their reception inside and outside Romania.  Following that several important points in regard to Iliescu’s actions, frequently citing full passages of his own words (something rarely done inside Romanian and by Romanian emigres who either misremember, misquote, or cherry-pick quotes out of context):

Romanians hope to learn what really happened during the revolution 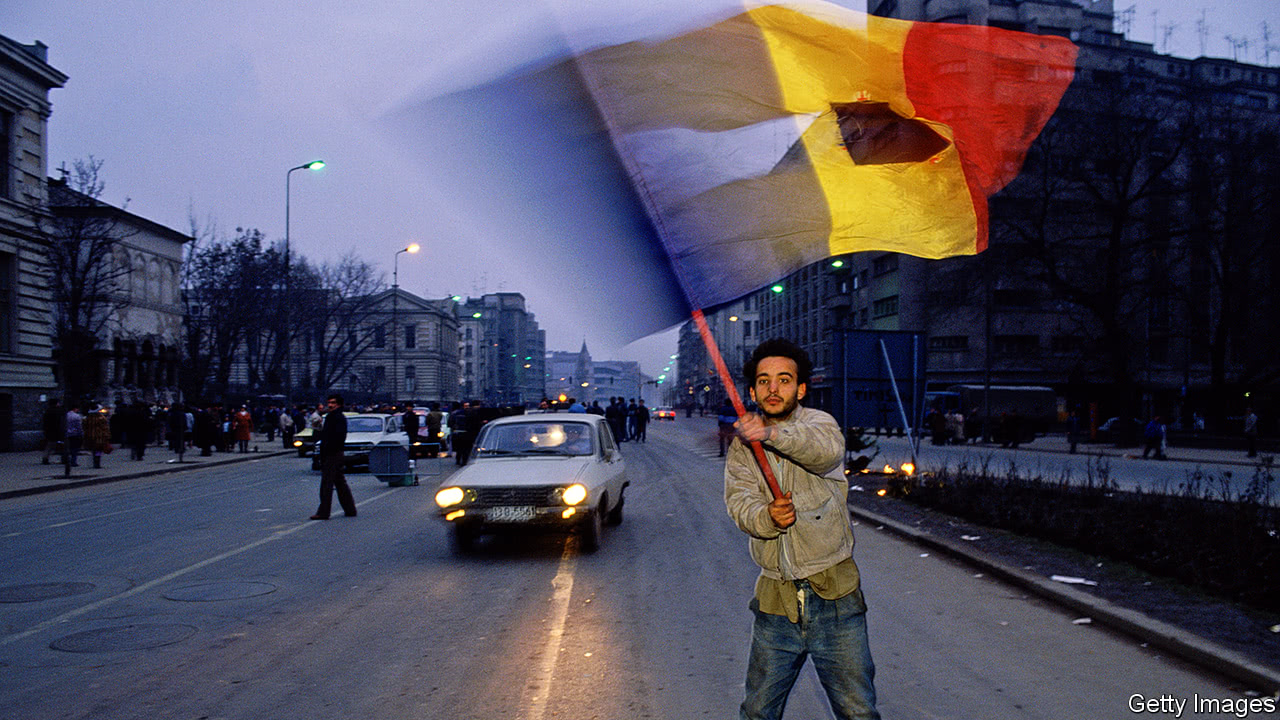 TO THIS day, Romanians remain baffled by what actually happened during the violent spasm which rid the country of its communist dictator in December 1989. Seeking to give them a definitive answer, on April 17th prosecutors indicted Ion Iliescu, the first post-communist president of the country, for crimes against humanity allegedly committed during the revolution he was instrumental in leading.

If the trial of the 88-year-old two-time president succeeds in settling the record that would be a fine thing. It probably will not happen, though. In the rest of eastern Europe, the end of communism was a mostly peaceful affair, but in Romania things were different. The revolution started in the western city of Timisoara, where dozens were shot. Nicolae Ceausescu, the communist dictator, then called a rally in Bucharest. But when, on television, people could be heard shouting, “Down with the dictator,” the game was up. He fled in a helicopter but was arrested, and executed alongside his wife on Christmas Day.

Mr Iliescu is a divisive figure. Detractors despise him for his communist past and for, as they believe, hijacking the revolution. Former communists did prosper after the revolution; but that was true from Prague to Vladivostok. The former president is already on trial for his alleged role in orchestrating violence committed by miners he called to come and crush anti-government protests in Bucharest in June 1990, a far less murky case.

Since the indictment Mr Iliescu has said nothing. But on April 13th he wrote on his blog that he was proud of what he did, that it was ridiculous to pretend that democracy and its institutions should have been established the second the Ceausescus fled, and that he is being made a scapegoat. Many victims’ families will be relieved when he goes on trial, as they have never had clear answers as to why their loved ones died. Valentina Radu, aged 85, a retired teacher, said: “He may not go to jail, but history has to know the truth about Iliescu and the revolution.” After so many years, however, it probably won’t be the whole truth, or even wholly true.

Vladimir Tismaneanu is with Mircea Mihaies and 16 others.

(THE CRIMINALS:  They thought they could escape.  Perhaps they still think they can even now.  But they won’t escape, not even in the grave…)

——————————————————————————————————
https://www.youtube.com/watch?v=v4xKCw6m_7w
1) On the evening of 22 December 1989, in the following video (approx. min 2:58-3:30 below) , as broadcast live on Romanian Television at the time, Ion Iliescu announced clearly that Nicolae Ceausescu “va fi arestat, supus judecatii publice” or “will be arrested and subjected to a public trial.”  It has to be pointed out that if Iliescu and company indeed truly planned to execute the Ceausescus ahead of time, it would have been monumentally stupid to make a public promise about a public trial that could then be hurled at them for years to come after the secret trial and execution of the Ceausescus as evidence of their illegitimacy to rule.

Romanians and foreigners are, of course, unlikely to find this in the flowery, superficial, and heavily ideological narratives about the trial and execution of Nicolae and Elena Ceausescu that are available to them on the Internet:  see, for example, http://www.contributors.ro/cultura/anatomia-unei-inscenari-judiciare-ultimele-ore-ale-cuplului-ceausescu/

3) In January 1992, long after Gelu Voican Voiculescu had fallen afoul of Ion Iliescu and the former had ample room for resentment and payback, Voican Voiculescu told Adrian Paunescu in the pages of Totusi Iubirea that on the morning of 24 December 1989, it was he who prevailed upon Iliescu to change his opinion and consider the immediate execution–without public trial–of the Ceausescus:

Gelu Voican Voiculescu claims that he prevailed upon Ion Iliescu to consider the immediate execution of Nicolae and Elena Ceausescu only after the attacks of 23/24 December 1989, with the memorable phrase:  “Sir, do you want to end up like Allende?”  (cited in this following article from 2000:  https://romanianrevolutionofdecember1989.com/theories-of-collective-action-and-revolution-2000/  , see page 1088).

4. Finally, efforts were made to keep Nicolae Ceausescu from slipping into a diabetic coma and potentially dying before the trial.  A cynic could say this was for appearances sake, that they wanted Nicolae Ceausescu healthy enough to stand trial and be sentenced, but it is evidence that they were still trying to keep him alive and coherent at that time.

The details of the delivery of insulin to the diabetic Nicolae Ceausescu on the night of 24-25 December 1989 so that he would not go into a state of diabetic shock/coma.

Nicolae Militaru about the incident from Bacescu 1994 above, and Stefan Dinu (DIA) about it in his testimony before the senatorial commission in Sandulescu 1996 below:

View all posts by romanianrevolutionofdecember1989